Finding himself, and his father, through scholarship. 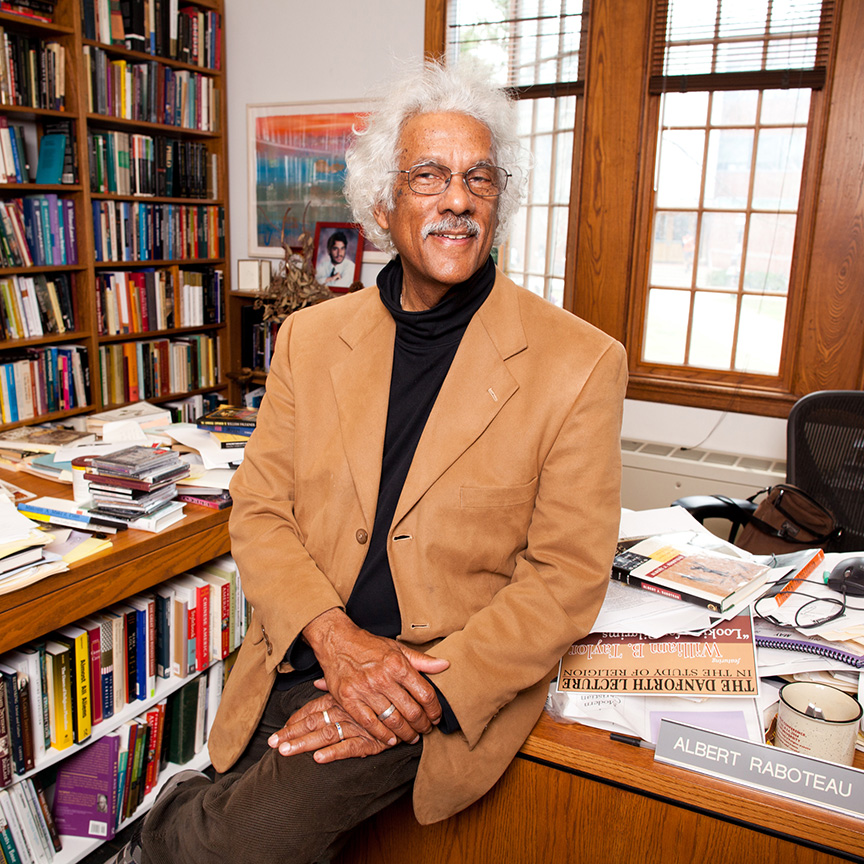 The study of religion often doubles as a personal endeavor, and that's especially true for Albert Raboteau, Henry W. Putnam Professor of Religion Emeritus at Princeton University. His specialization is threefold: the history of religion in America, African American religious history and religion and immigration. One aspect of the slave experience in America has struck a particularly resonant chord with him.

"I think what grabbed me was the ability of these people who were oppressed and suffering to still find meaning in their lives, primarily through religion, and to find strength to resist a system that was bent on turning them into less than human."

For Albert, that oppressive system couldn't have hit any closer to home. Three months before Albert was born, his father, a black man, was shot and killed by a white man in segregated Mississippi. There were no witnesses. The killer claimed self-defense. The case was never tried. His father's death would play a huge role in driving Albert's study of religion.

"It's when looking at conditions of suffering or trauma that people are challenged to find meaning and challenged not to lose hope or despair. It's looking at people who have been tried by fire and, hopefully, refined like gold."

His father's death was Albert's trial by fire, and in that way he says his study of religion shed light on his search for his father. On the other hand, the professor – who says LMU convinced him he wanted to teach – attributes his love of history to his desire to find himself and, beyond that, delve into his heritage and find his people. After decades of scholarship, Albert says he's found both.