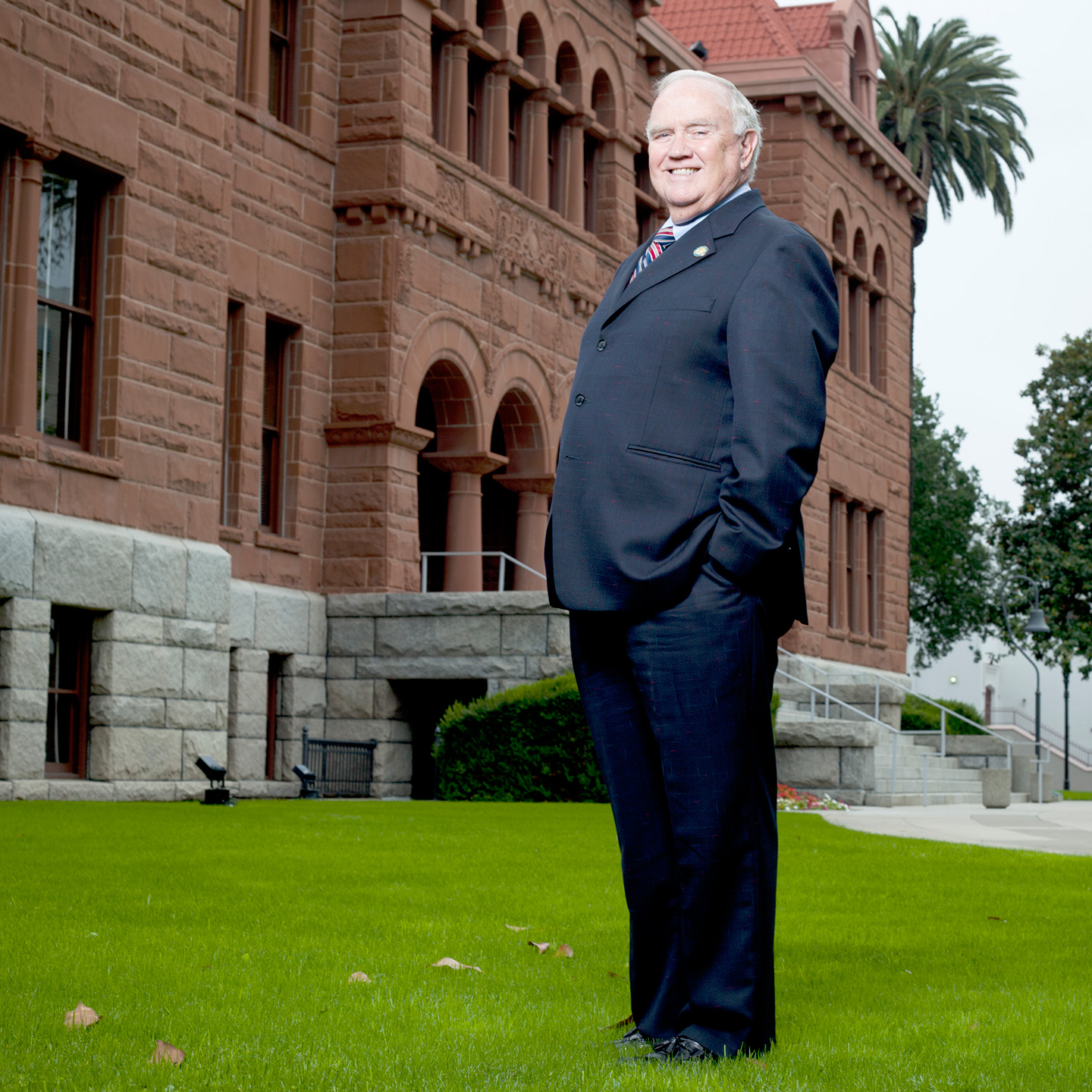 When Bill Campbell was 16, his aunt, an employee of the federal government for 40 years, told him the words she lived by: "Sometime in your career you must give back to your community." That stuck with Bill, both as an elected official and a businessman with an M.B.A. from Harvard. "I worked on programs that helped put a man on the moon," he says. "And I worked for the company that produced the first set of microelectronic chips to make a small calculator back in 1973."

Integrity, a commitment to customer service and Catholic social teachings have guided Bill's businesses. For example, his Taco Bell franchise was one of the first to offer health care for all employees — and pay for 80 percent of it.

In 1995, his friends encouraged him to run for the California State Assembly, which he did. Before his term ended in 2002, he served as Assembly Republican leader. He then ran for a position on the Orange County Board of Supervisors. Now, in his eighth year as county supervisor and currently chairman of the board, he is responsible for municipal services, social services and health care for county residents.

"I get up every day excited about coming to work. As a member of the Board of Supervisors, I have a responsibility for running a $5 billion enterprise, and that gets me excited every day."