Inspiring Others to be Passionate About Medicine. 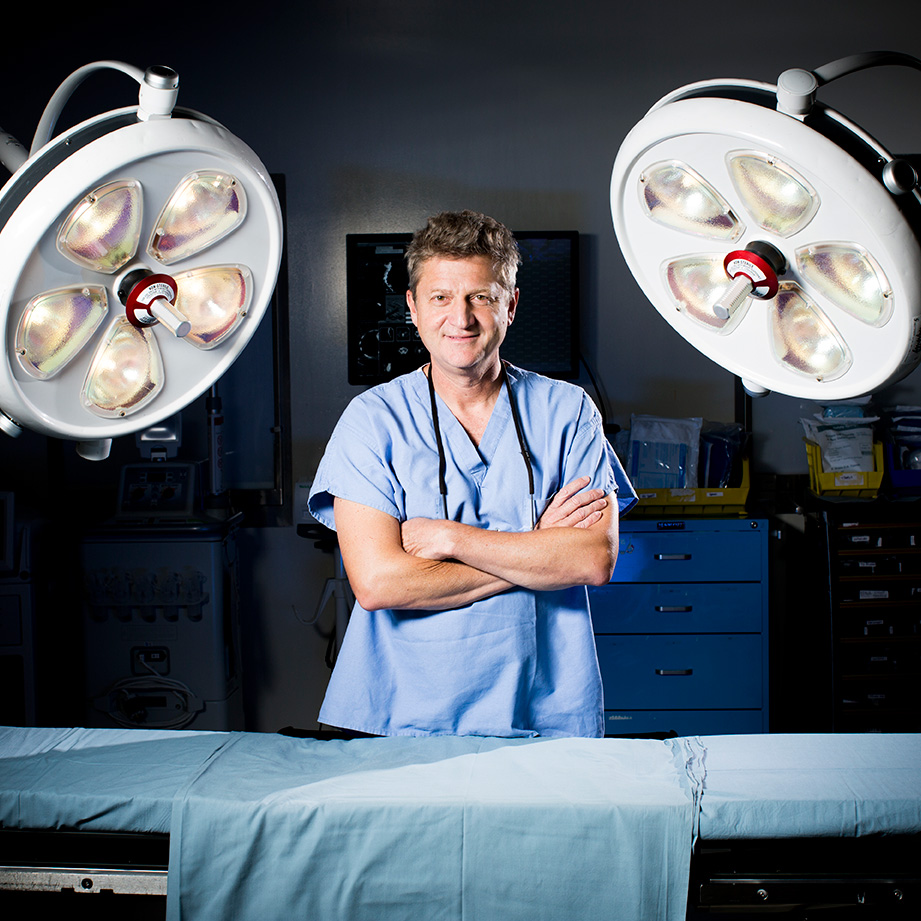 About a month before his first birthday, Chris de Virgilio became sick with a kidney condition that was endemic in his home country of Argentina. There were four other children in the hospital where he was staying who had the same condition – they all died. Not Chris.

"My own doctor volunteered and donated blood for me. Hearing that story as a kid from my mom, about the way the doctors cared for me, that inspired me to become a physician."

Today, as a vascular surgeon, he treats patients with kidney failure, the coincidence of which isn't lost on him. He likes the challenge of split-second decisions that's involved with his line of medicine, as well as how technically demanding it is. But even more than the challenge of surgery, he loves to teach – something he picked up at LMU.

"It was clear to me that all the LMU professors were very dedicated to teaching, and that was really their priority."

LMU is also where he got his first teaching opportunity, as a biology lab teaching assistant. Decades later, he's earned more accolades than he can count for his abilities as a medical educator.

"The epiphanous moment of my career was when I realized that my passion has always been teaching, and that I want to inspire people to become great surgeons and be passionate about medicine."