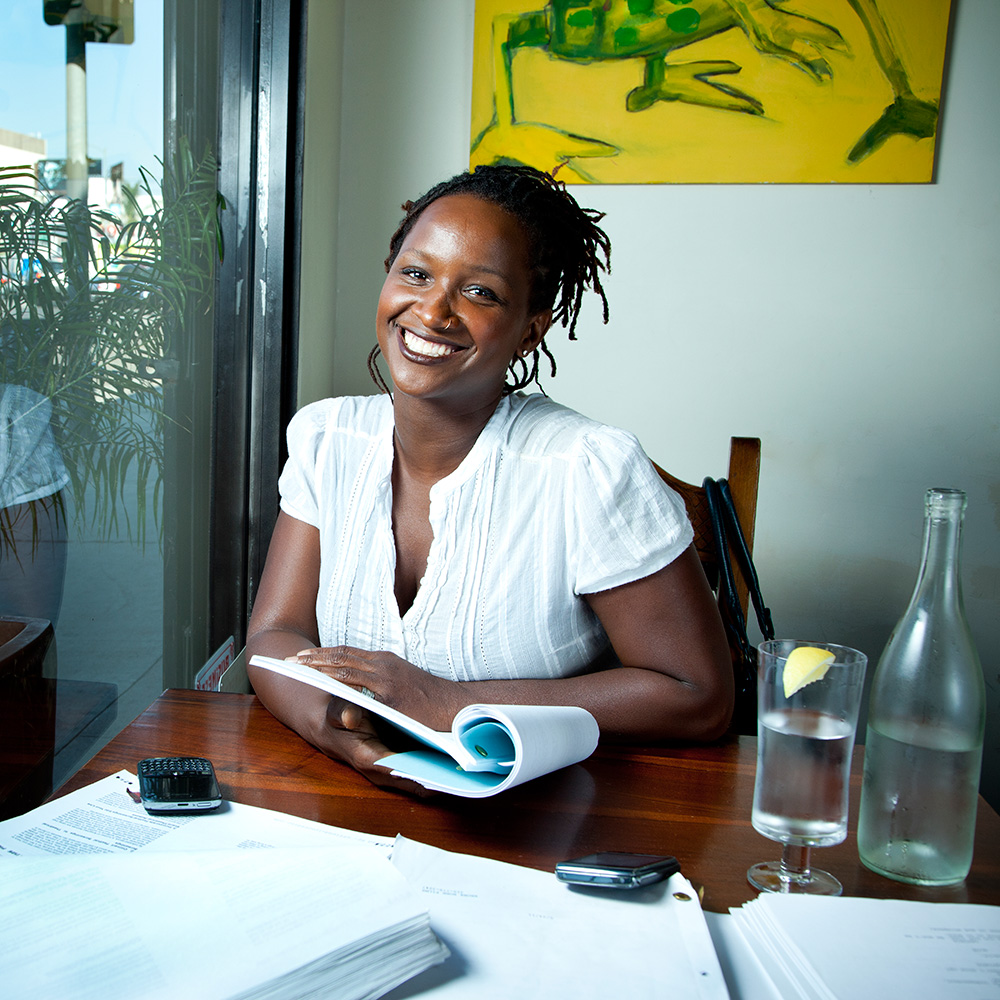 Effie Brown may have a film résumé that most indie producers would die for, but as far as she's concerned, she's just getting started. "No matter how far you think you've gotten, there's always more to do," she insists. "You just keep thinking 'I'm not done! I'm not done!' "

The veteran producer, whose movies include "Real Women Have Curves," "In the Cut" and Sundance darling "Rocket Science," got her first taste of "gettin' her hustle on" upon acceptance to LMU. When she didn't get into her first-choice major, film and television production, she marched into film professor Howard Lavick's office and told him what needed to happen.

"I did a tap dance. I pleaded my case and told him I was going to be huge. He let me in."

And that hustle never stopped. After graduating, she earned a fellowship with Film Independent's Project: Involve, then moved her way up the Hollywood ladder to her current job, president and founder of the film production company Duly Noted Inc., where she's currently expanding her indie slate to include more commercial, genre-driven movies. While her main goals are to educate and entertain, she also wants to make mainstream films featuring a type of protagonist we just don't see enough of: strong women of color. "I'm tired of the stereotypes, and I'm tired of hearing myself complain about it, so I'm just doing something about it."