Broadcasting the power of imagination. 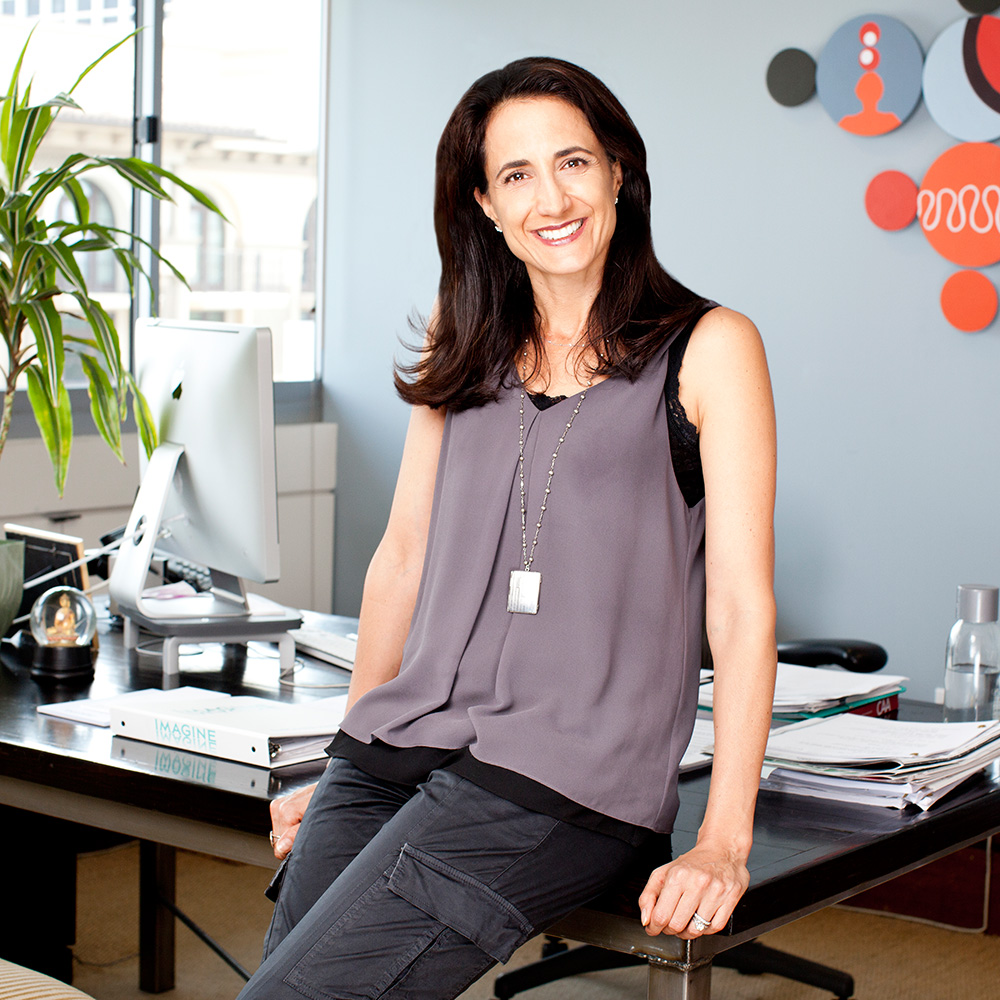 Francie Calfo — the president of Imagine Television, not the character named after her in "Alias," a show for which she oversaw development — is, unsurprisingly, driven by her curiosity. For that, she gives LMU a fair amount of credit. "LMU is when the world started to open up for me. I was able to find and connect to my individuality, and really felt like that was encouraged there. I became who I was meant to be."

Who Francie was meant to be has evolved over time. At one point, she was executive vice president of development and programming at ABC, where she spent more than 20 years. She had a say about what went on the air, selecting shows such as "Desperate Housewives," "Grey's Anatomy" and "Ugly Betty." Now, she heads up Imagine Television, a production company co-founded by award-winning movie execs Ron Howard and Brian Grazer, which has produced hit films such as "Apollo 13" and "A Beautiful Mind," as well as TV shows such as "24," "Arrested Development" and "Friday Night Lights."

"Working at ABC was the most challenging job I ever had. It was a really awesome responsibility to be making choices not for myself, but for the broadcast audience."

That process, Francie says, made her reflect back on her days at LMU, because it called upon the Jesuit ideal of seeing the "wonder and godliness in everything."