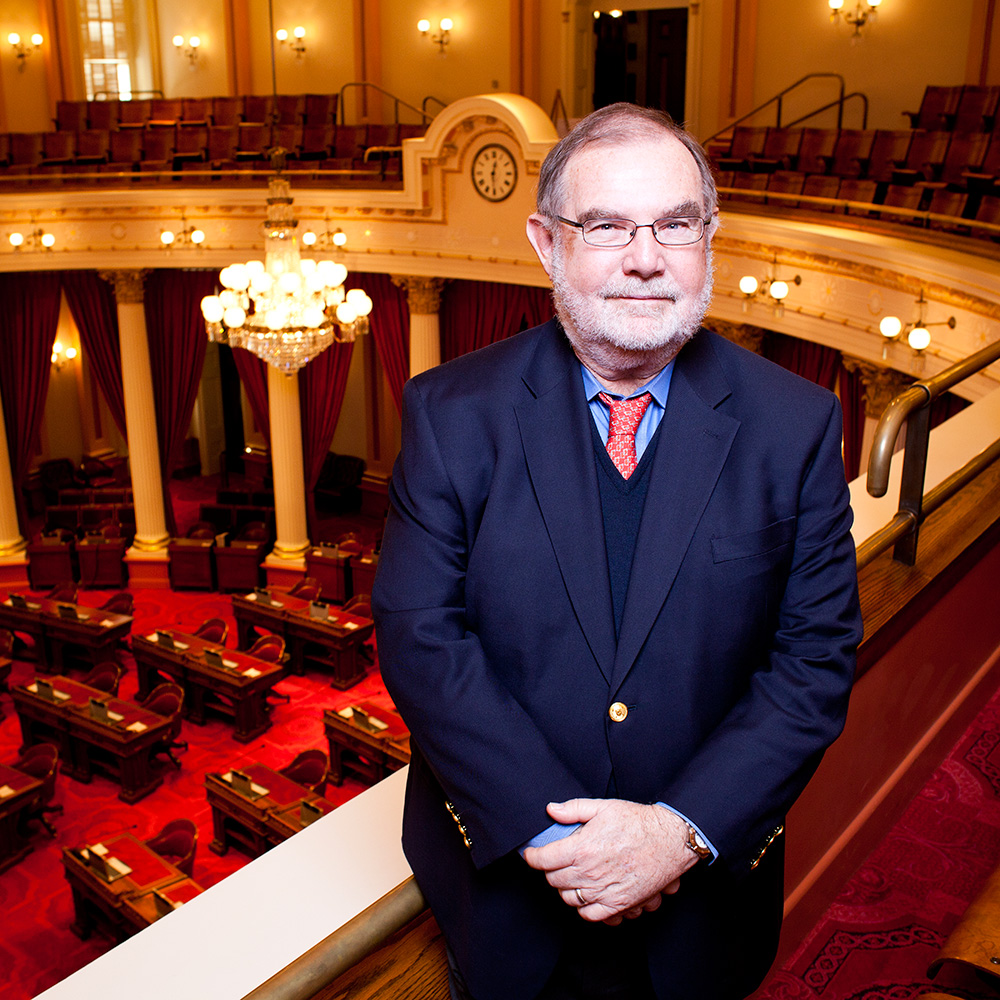 In 1952, Fred Taugher was fired from his job as a local newspaper delivery boy. How did the man who would go on to become one of California's most influential legislative staffers and longtime lobbyists manage to get booted from his route? "I stuck some presidential campaign information — pamphlets or something — into the newspapers as I delivered them."

Fred's pro-Dwight Eisenhower mischief wasn't even his first electoral interest. That came four years prior, backing Harry Truman. "My classmates at St. Clements School," Fred says, "kept telling me that Tom Dewey was going to force us to go to school on Saturdays."

The Santa Monica-born Lion was inspired by political science Professor Bill Fitzgerald to engage in Democratic politics. He did so in Los Angeles throughout the '60s before moving to Sacramento in 1971 where he has worked since. He and his firm, Public Policy Advocates LLC, helped enact major changes to banking, insurance, energy, environmental protection and diverse other laws.

At LMU, Fred was The Loyolan editor-in-chief and president of his fraternity. He received enduring business wisdom from ethics Professor Stephen Earley, S.J. He counseled students that employees take as significant risks as do investors, and so the profits of an enterprise ought to be divided equally. "When I started my business," and for the 30 years since, Fred says, "I followed that."