Turning around those who struggle with gang activity. 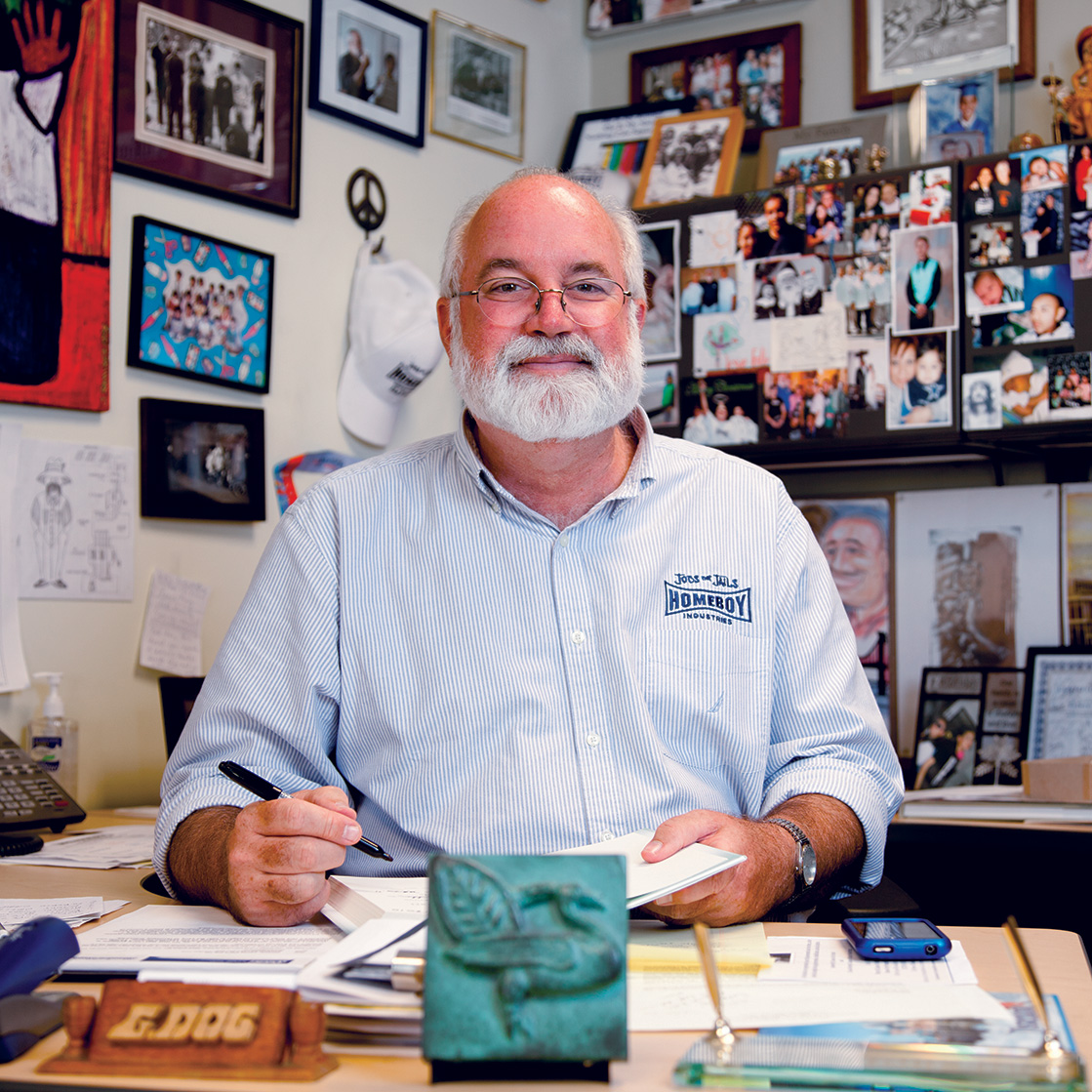 Gregory Boyle, S.J. — better known as Father Greg or simply "G," — changed the face of gang intervention programs in the United States when he founded Homeboy Industries in 1988.

It all began at Dolores Mission in Boyle Heights, where Greg's "Jobs for a Future" program evolved into the nation's largest national nonprofit gang-intervention organization, which includes enterprises like Homegirl Café and Homeboy Silkscreen.

"I had eight gangs at war with each other in my parish. I was just the parish priest. So I had a choice: I could bury my head in the sand or I could roll up my sleeves. I decided to do the sleeve thing." Doing the sleeve thing has changed thousands of lives. Greg's model has empowered countless women and men to get jobs and leave the destructive habits of their former lives for ones filled with something foreign to many of them — hope.

"All people have to do is step foot in our office at Homeboy Industries, and then they'll catch the fever because the place is soaked with hope." For Greg, the spirit of Homeboy is rooted in something much larger: the obligation to stand with the marginalized.

"It's about inviting us to imagine a circle of compassion, with nobody standing outside of it. That we're in this together, that there's no such thing as us and them, that there's only ever — always — been just us."