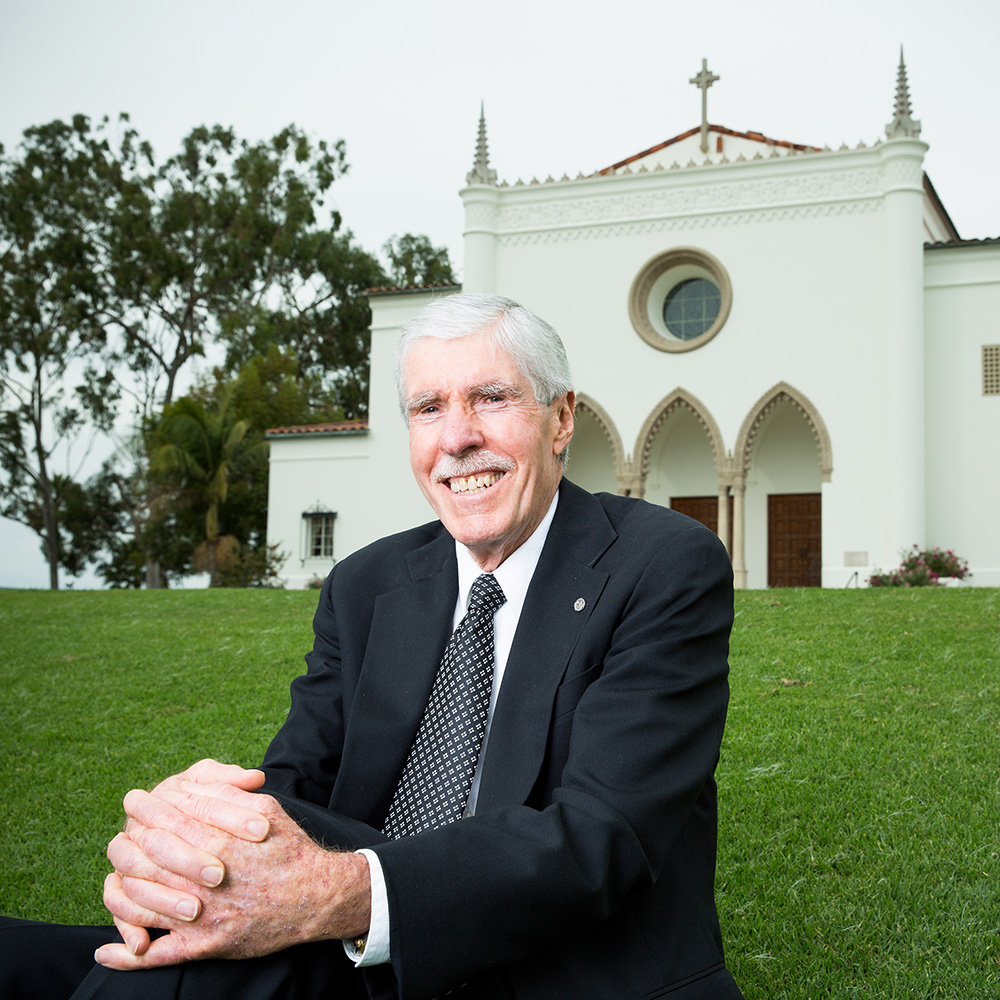 Jim Walker '58 knows that education can transform lives. His 44-year career in public education, including 10 years as president of Moorpark College in California, is a testament to his dedication to the thousands of students he has served as teacher and administrator.

Jim earned his B.S. degree in biology and his M.A. in education at Loyola University, and soon began a job he loved: teaching mathematics at El Camino College. Eleven years later, his career at the college shifted from the classroom to administration as dean of the Division of Science and Mathematics.   What he learned as an administrator at El Camino, and later as assistant superintendent and vice president of College of the Canyons, caused Jim to reflect on his Loyola days and grasp how well run the university was by the president, Charles S. Casassa, S.J. In 1989, shortly before Father Casassa passed away, Jim had an opportunity to talk with him. "I got a chance to thank him for all he did. Administrators don't often get to hear that they were appreciated."   After his presidency at Moorpark College, Jim retired but remained committed to education as managing partner in a company that recruits administrators for community colleges.

"Education has made all the difference in the world; not only to the individual, but also to the community," Jim says when relating inspiring stories about students he has known.