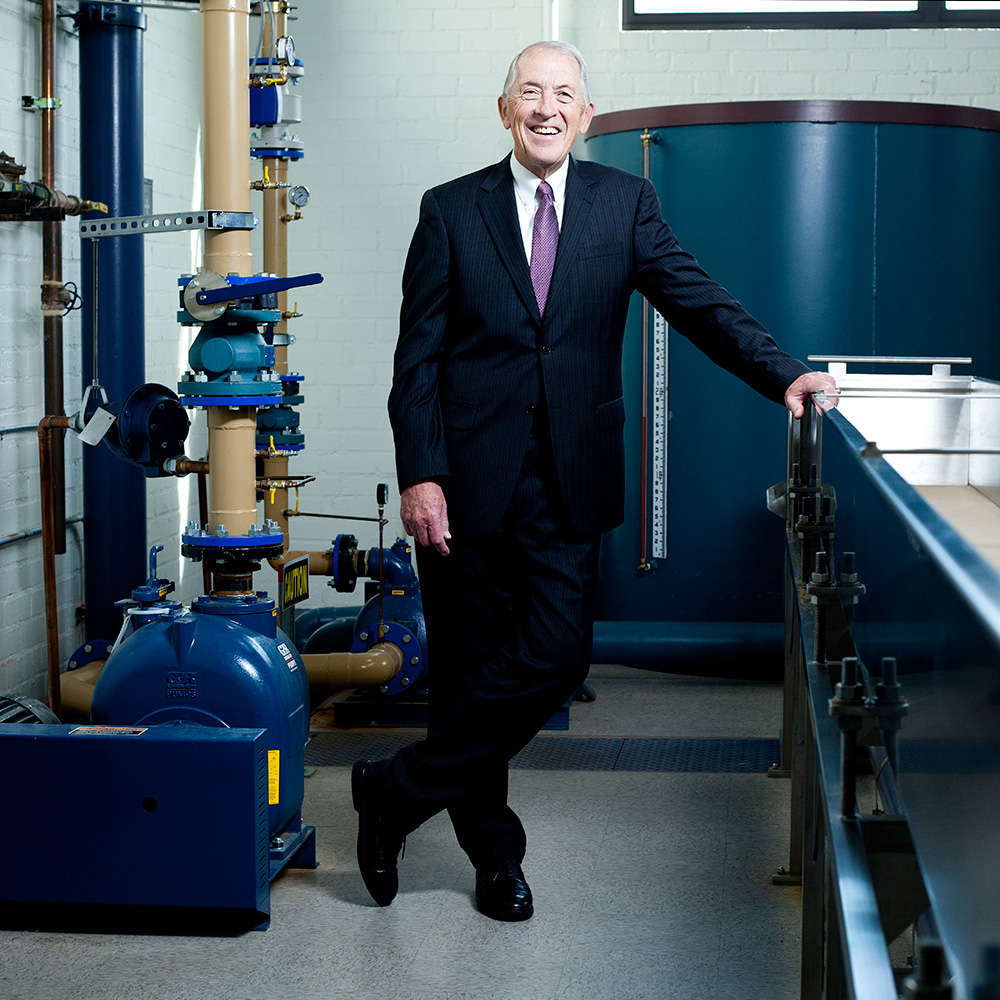 When Jim Stahl dug tunnels and built miniature dams in his grandmother's yard as a boy, he was simply following his curiosity. That curiosity developed into a passion for public projects, like the ones he saw developed in the San Joaquin Valley. "They made a lot of sense in my mind, and it gave me a great deal of satisfaction to see things being built for the benefit of society."

Jim went on to build a 40-year career, including serving as chief engineer and general manager for the Los Angeles County Sanitation District. Jim was responsible for the environmentally sound disposal of wastewater for millions of people over thousands of miles of pipeline. In 2007 he was inducted into the elite National Academy of Engineering, which advises Congress and the president.

The comfort and health of L.A. County customers were always uppermost in Jim's mind. Yet, while overseeing construction of a major treatment facility, he focused on a related issue: neutralizing odor. "The people who lived by our facility deserved better. And we wanted to be a good neighbor." Jim led the research, design and construction of an odor control system that vacuumed and treated the gasses, making the plant essentially odor-free. "Society takes for granted just how much sophisticated science and engineering goes into the handling of wastewater."