Finding joy as mistress of the ukulele. 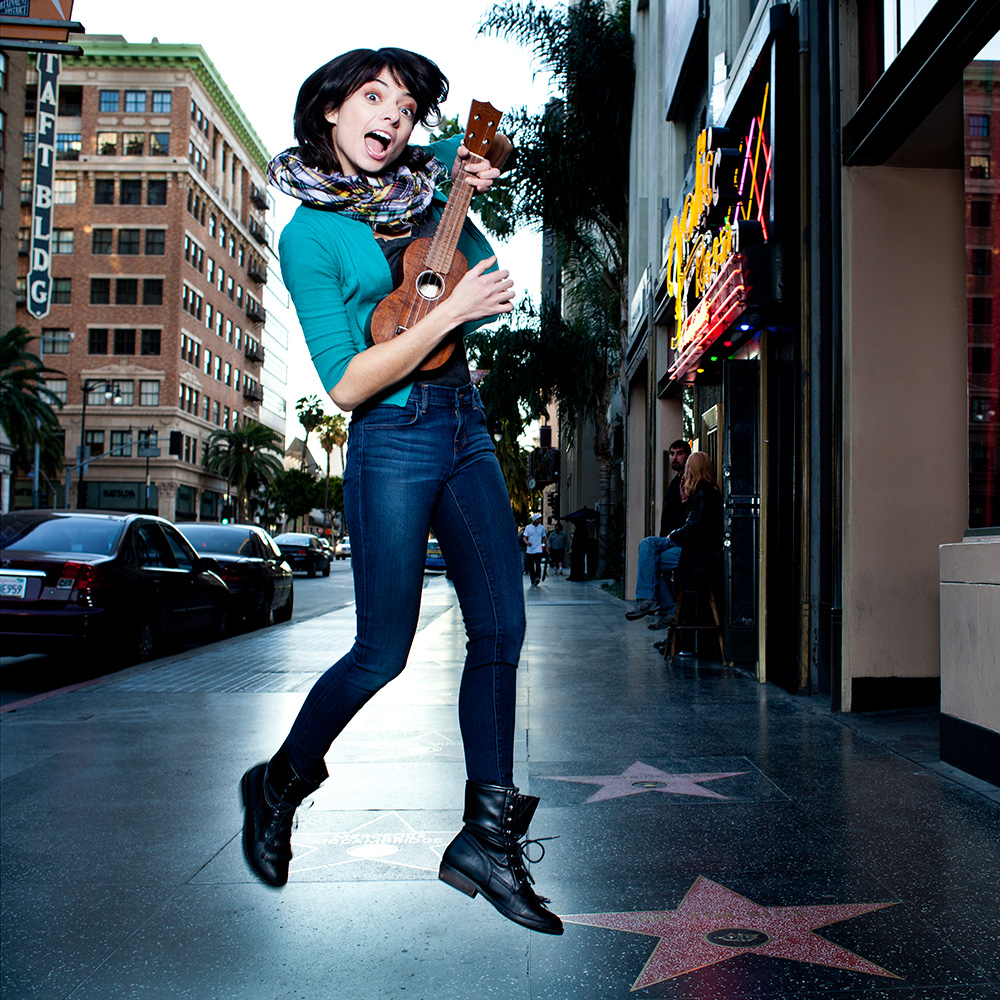 Artist, musician, comedian, actress — Kate Miccuci is all of those things, which can present a problem when people ask her what she does for a living. "It's changed throughout the years, so usually I just say I play ukulele for a living."

That much is accurate, but certainly doesn't cover it all. In addition to her musical prowess, Kate has developed an acting career that has — so far — put her in TV shows like "Malcolm in the Middle," "Scrubs" and "Raising Hope." She's has a few movies under her belt, too. "It's rare that I'm playing someone that's way, way different from everyone else — usually the core is a very, very earnest person. It's someone who means everything they say. And that's pretty much accurate to real life."

Musically, she's the Oates half of Garfunkel and Oates, a comedy music duo in which she can be heard playing her trademark ukulele. (You'll also see that in her appearances on "Scrubs.") Kate also draws, paints, sculpts, writes and is an accomplished sand castle artist. What's certain is she's juggling a lot of projects and working hard to disprove the high school teacher who told her she'd never be able to make a living doing music, art and acting. "That really, really affected me. I said I'm going to prove this guy wrong. Every day I'm making something. I wouldn't know how not to do that."