Focusing on the future of education. 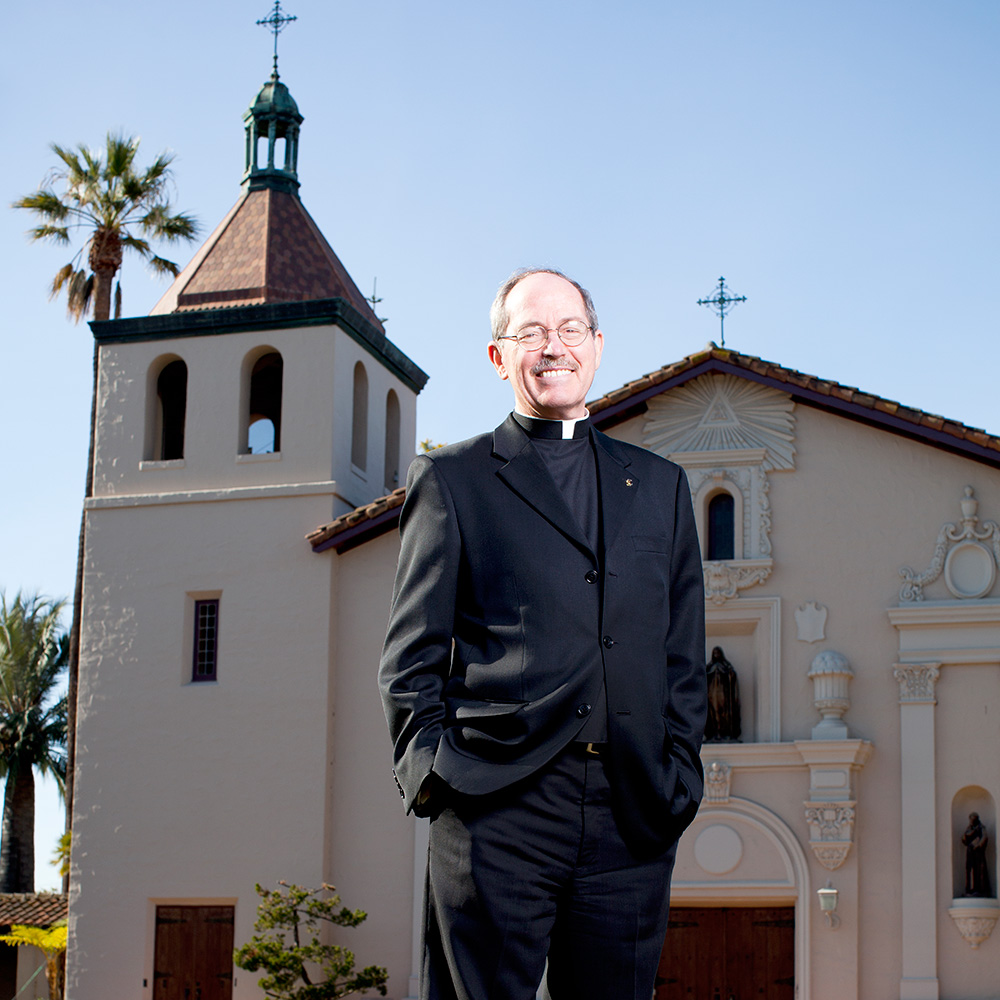 As president of Santa Clara University, Michael Engh S.J., is profoundly focused on the future. As a historian, he has immersed himself in the past.

Father Engh has published widely on the diverse population and dynamic social forces that shaped Los Angeles at the turn of the 20th century, and he finds a mirror image in the 21st century. "I realized that my research dovetailed with my teaching and administrative work." As he guides the Jesuit university situated in the heart of Silicon Valley in Northern California, Father Engh is seeking a proper balance of society's advancing technology and every individual's need for context and contemplation.

He stresses that the Jesuit emphasis on reflection is a vital discipline for today's students. There are many distractions, he notes, but also many opportunities for them to connect with the world. "We need to be concerned about the patterns of reflections: Are they sound bites or are they deeper reflections of who we are, what's valuable in life, what our goals in life are?"

Father Engh, who found his religious calling during his undergraduate years at LMU, was dean of the Bellarmine College of Liberal Arts before he was named Santa Clara's 28th president in 2009. "At LMU, I found a calling in life more fulfilling than merely having a job."