Believing in his own, and others', abilities 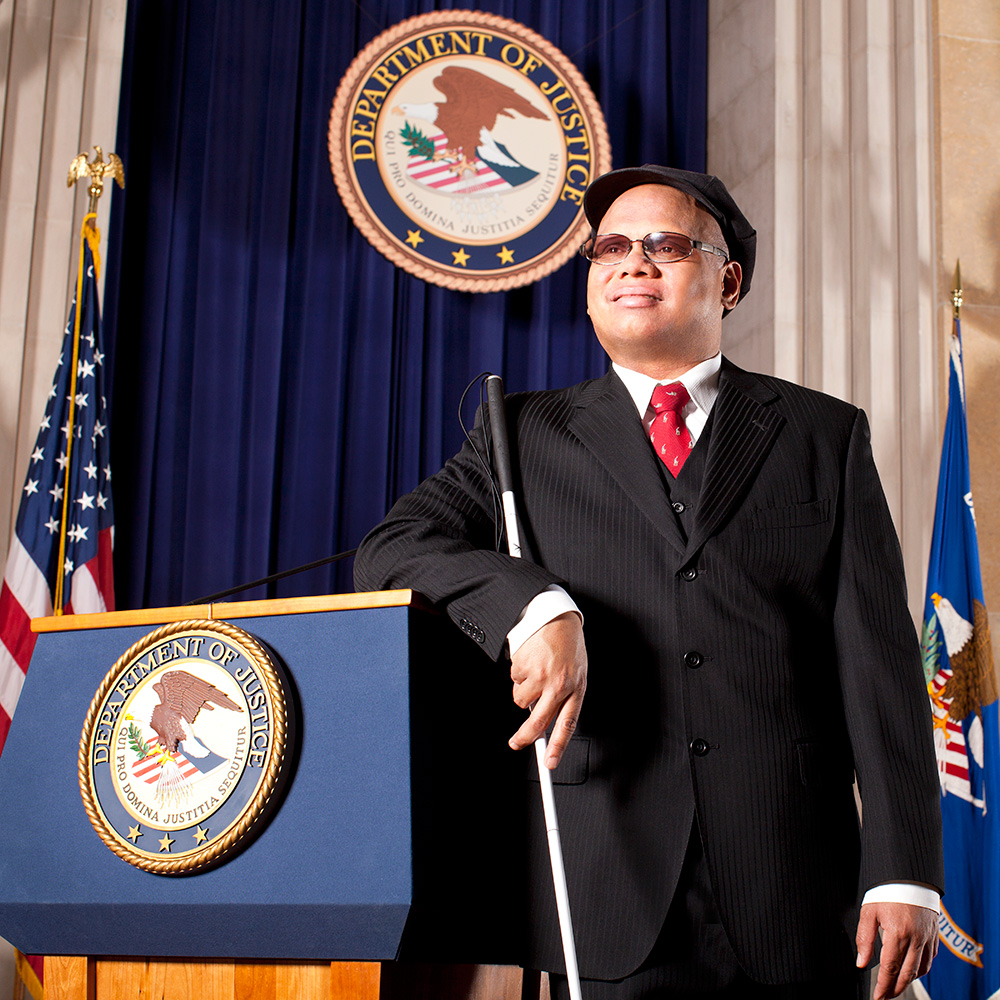 Kids made fun of Olegario "Ollie" D. Cantos VII, blind from birth, in grade school. That all changed one day after an altercation with a schoolyard bully. Ollie approached his antagonist with an outstretched hand. "I don't want to be afraid anymore," Ollie recalls telling the boy. From that handshake forward, Ollie had a new sense of confidence.

"I can make things work even though things don't look very hopeful. I just have to find a creative way to see something in somebody else. Then maybe they'll see something in me," Ollie says.

It seems plenty of people saw something in Ollie — including the president of the United States. Ollie is an attorney with the Department of Justice's Civil Rights Division. In 2008, President George W. Bush appointed him to the President's Committee for People with Intellectual Disabilities, an appointment that carried over into President Barack Obama's administration. That position allowed him to educate millions about the abilities and potential of persons with disabilities.

Ollie says LMU helped him build on the confidence he'd found one day in the schoolyard. "When I became a student leader relatively quickly at LMU, it was because people believed in me. The traditional way of thinking is to see disability as a tragedy that must somehow be overcome. I know from my own experience that the old notions of disability no longer hold today."