Being a transformative force in the university's growth. 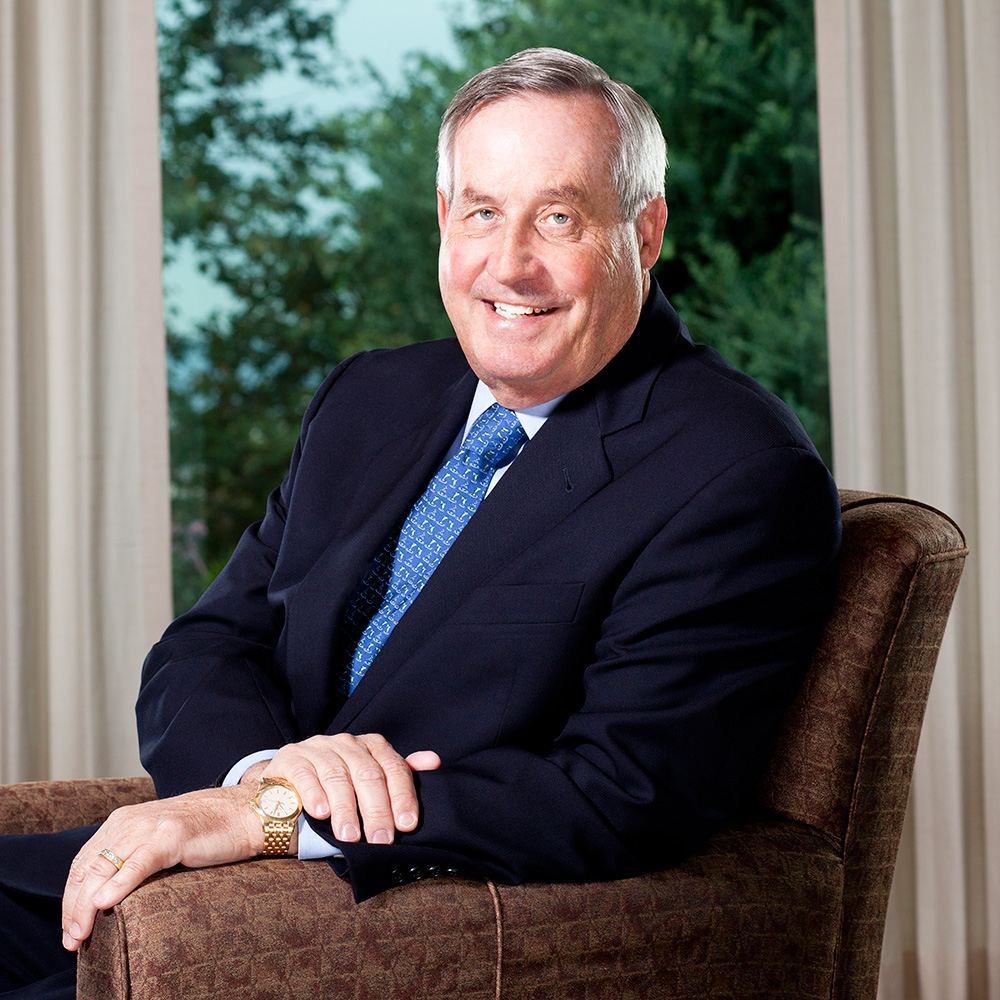 Three university presidents, one new library, the acquisition of University Hall and one multimillion-dollar campaign. During his time as chairman of LMU's Board of Trustees (1998-2011), R. Chad Dreier saw the university undergo plenty of transformation, much of which can be credited to his own generosity.

"I always believed that education would solve the world's problems — that if everybody were educated, we would eliminate three-quarters of wars and strife. That's what drives our philanthropy."

Those millions for philanthropy flow from his success: After graduating from Loyola and a commission in the Air Force, Chad worked at what is now Ernst & Young, an accounting firm, until the mid '70s, when he ended up in home building. In the early '90s, he became president, chairman and CEO of Ryland Group, one of the nation's largest home builders. He retired in 2009. "I loved home building. Home is so integral and central to the fabric of everything people are, and we did that. We created that."

For all the money and assets that Chad has gifted to LMU, though, it is LMU's reputation and developing legacy that resonate most with him. "LMU is the social conscience of Southern California. There's nothing else like us here. We've taken an institution that was great, but instead of a Southern California place for Catholic boys to attend, we've made it an international school. I'm really proud of that."