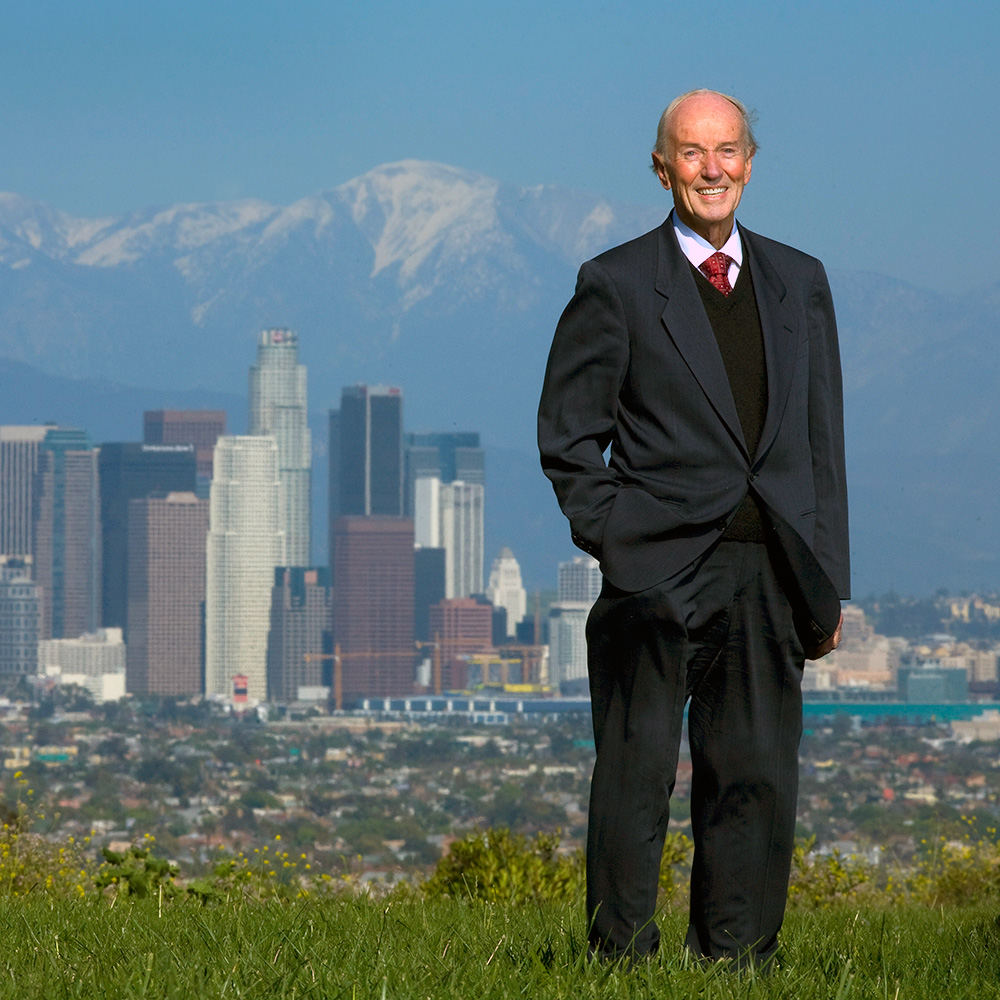 The Robert Kennedy assassination. The kidnapping of Frank Sinatra Jr. The Manson murders. The beating of Rodney King. Add every major natural disaster in Los Angeles between 1947 and 2010 to that list, and you'll have only the briefest sense of the scope of Stan Chambers' reportage, which took place over 63 years at a single outlet, KTLA News. His body of work consists of more than 22,000 stories. Stan's favorite part? Knowing he'd have something to talk about every single day.

"I really enjoyed it. Going to work to deal with things that haven't happened yet is a very challenging thing. But it's more than the thrill. It's the experience of knowing it's going to happen."

In the foreword for his autobiography, NBC's Tom Brokaw wrote that he is "in awe" of Stan's career. A tribute to Stan by the Society of Professional Journalists included a letter from former first lady Nancy Reagan, praising him for contributing "so much to Los Angeles over the course of his career."

Across decades, Stan, who believes he had a responsibility to those watching, managed to maintain a calm and realistic demeanor about his high-profile job. "Each day in news has many challenges. When you're a part of it, you enjoy those challenges. You lose a few, you win a few."