Building the fabric of society. 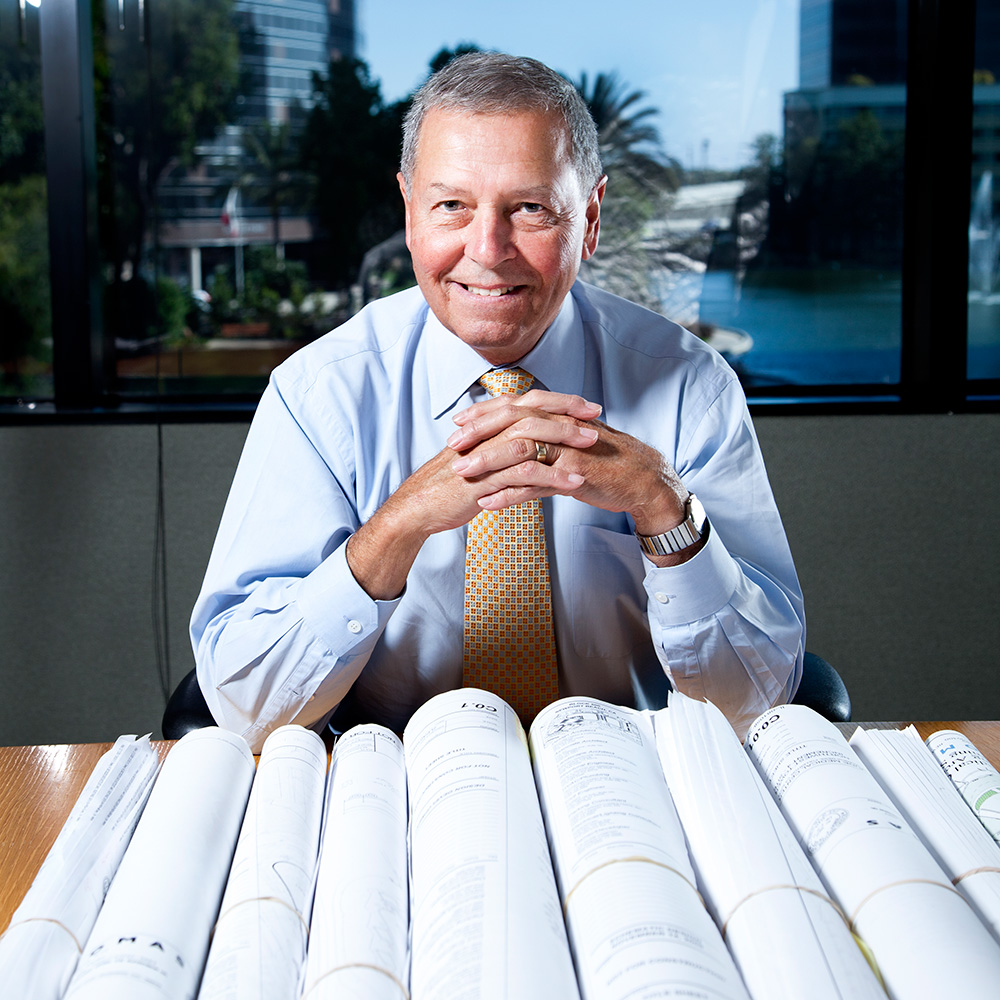 For Tim Psomas, engineering is about more than just the projects he undertakes. "In civil engineering particularly, people are so entwined with projects. I've discovered that our real business is developing people who manage great projects."

That business is Psomas, a consulting engineering firm founded by Tim's father, George, in 1946. At age nine, Tim knew he wanted to follow in his father's footsteps after working in the field with his dad. Early on, he didn't aspire to anything in particular, but his aspirations grew step by step. His movement through Psomas reflects that; he learned the ropes from the bottom up, moving from an entry-level position to CEO and now chairman.

"The most important thing about rising in leadership is that it's a two-edged sword — taking the next step means leaving the safety of what you know for something you have to learn. There's a risk element." That risk panned out well for Tim, who counts building the company among his proudest professional accomplishments. Psomas has contributed its services to high-profile projects, such as the addition of carpool and truck climbing lanes to Interstate 5 in L.A. County and the implementation of the Master Plan for Los Angeles International Airport.

"It's about creating the best environment that we can for the future — where people can be productive and find good jobs, where they can live happy lives and raise their families. Civil engineering is about the fabric of society."