Lending a hand wherever he goes. 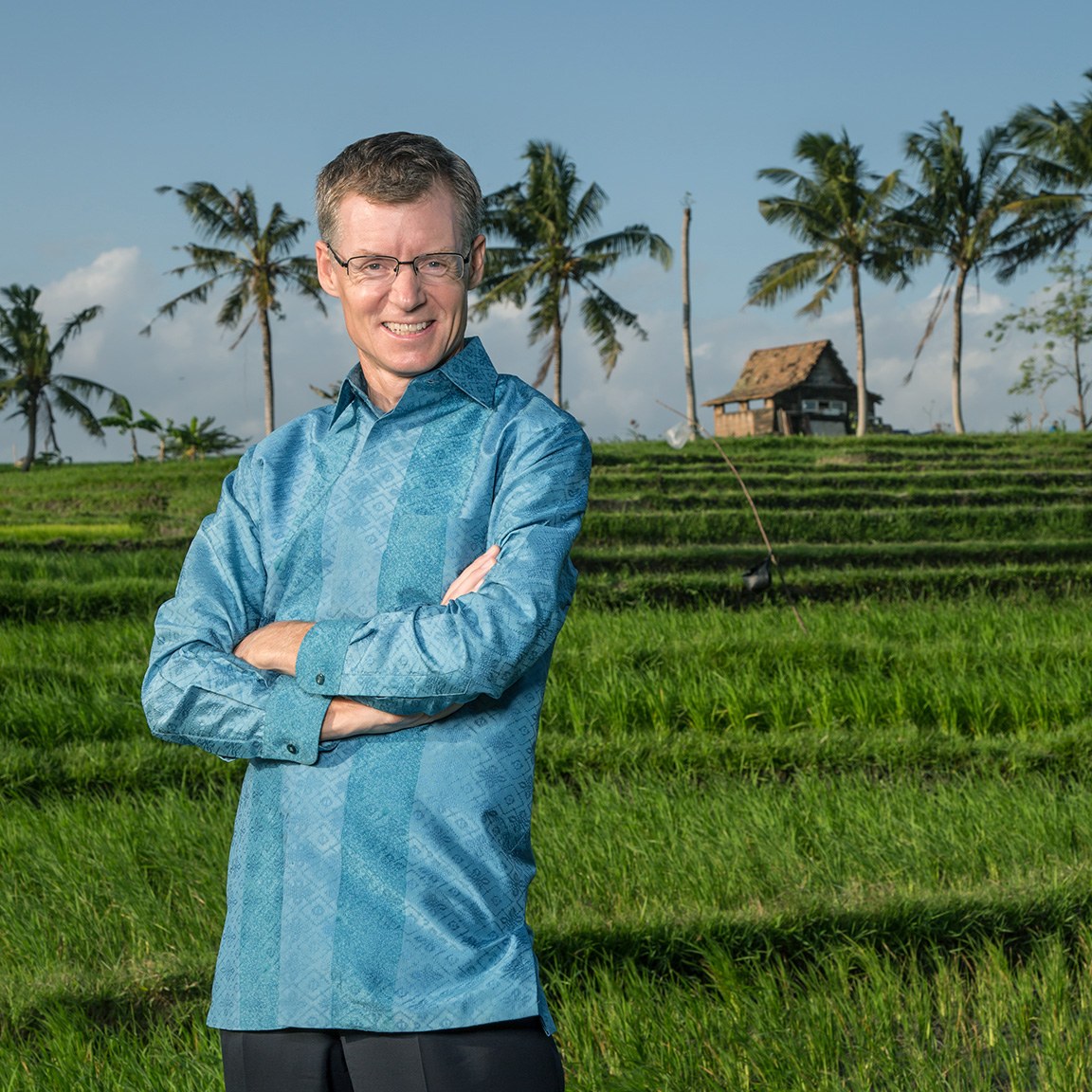 Tom Aaker, CEO of Standard Chartered Bank Indonesia, cares deeply about social responsibility. "I try to spend time each week on one or another community project," Tom says.

That has translated to delivering books, food and medical supplies to an impoverished fishing village on the outskirts of Jakarta; contributing to aquaculture and HIV/AIDS awareness programs; and distributing more than 100,000 pairs of eyeglasses to Indonesian students and teachers. "Blindness and poor vision are really big problems here," Tom says.

Tom earned an M.B.A. from Northwestern University's Kellogg School of Management and in 1994 joined Standard Chartered. He and his wife, Caryn '84, have lived in six countries on four continents. A strong believer in embracing local customs, Aaker eschews suits and ties while in Indonesia and instead wears the traditional batik shirts of this warm weather nation. The CEO is also learning the Bahasa Indonesia language and has recorded videos wishing viewers in the world's most populous Muslim country a happy Ramadan.

Tom traces both his zest for living in new places and his commitment to global betterment to time spent at Loyola Marymount University. Tom enjoyed an idyllic and somewhat sheltered childhood in woodsy Spokane, Wash. He arrived at LMU uncertain of what life would be like in big and bustling Los Angeles. To his relief, "I felt cared for in that environment," he says of his time at the university. "And I could see the Jesuit ideals of looking after the less fortunate."