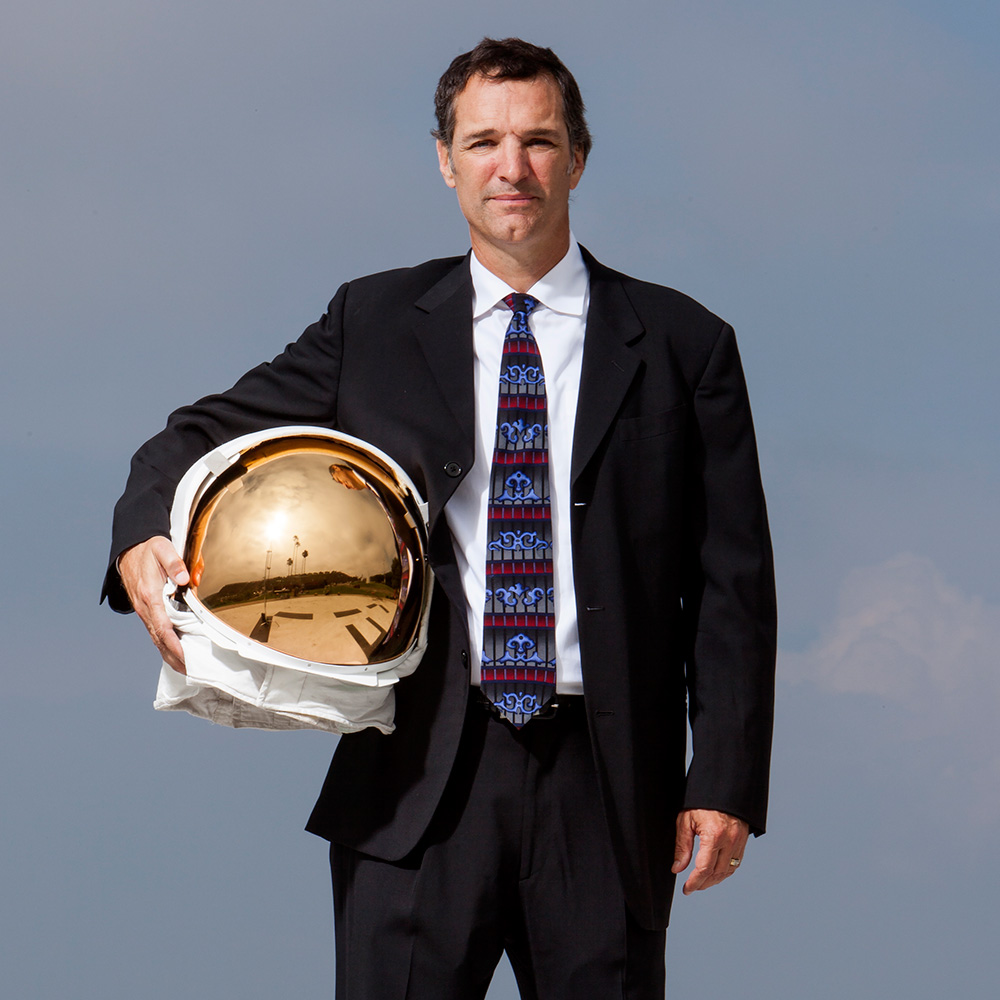 Tom Mueller grew up obsessed with rockets. To the potentially limitless benefit of humanity, that obsession remains.

The LMU alum is the vice president of propulsion development — and employee No. 2 — of Space Exploration Technologies or SpaceX. This Hawthorne, California, commercial developer of rockets and spacecraft is poised after only a decade in existence to compete with the world's governments as the driver of Earth orbital launches, missions and tourism.

Tom grew up in the tiny logging community of St. Maries, Idaho, population 2,500. As a boy, he visited the local hobby shop often enough to acquire dozens of model rocket kits. "They didn't last long. I'd always blow them up or crash them."

Today, Tom builds among the world's biggest and best rocket engines. But he still keeps one particular model kit at home, unopened and protected by its original packaging. Why the safeguarding? Because this box holds a SpaceX Falcon 9 and Dragon Flying Model Rocket Kit. That's the 1/88 scale toy based on the real-life rocket and spacecraft-combo that SpaceX successfully launched into orbit and then splashed down into calm seas for retrieval and reuse. "We're changing history. It's so exciting when we make good progress that it motivates me to keep at it."