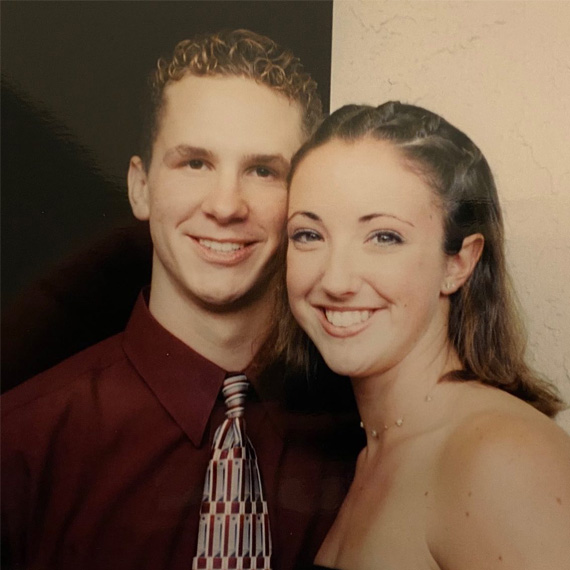 It was my first week of college, my first Consort Singers class, and he came up to me after class in the quad and introduced himself. I remember thinking how great his curly hair was and admired his Puka shell necklace. We chatted for a bit but were soon interrupted by a guy who I had met during a "Welcome Freshman" summer session (he later told me how annoyed he was at that guy...HA!). About a week later he asked me out to an ADG party on a boat in the Marina...I can still picture him passing by my window and coming to my dorm room in Leavey to pick me up. It was a fun night, but I had been hurt by a long relationship in high school and wasn't sure I was ready for another one. I made that clear. A couple weeks after that we were on a bus ride to the Staples Center, getting ready to rehearse for a show the Consort Singers were doing with Barbra Streisand, and he told me that he really liked me, but seeing as I didn't want a relationship I would have to reach out to him. The very next night I called him and we talked on the phone for over three hours. 21 years later, 5 moves around the South Bay, a wedding in 2009, 2 girls later (Charley age 7, Hazel age 5) and he is still my best friend. My teammate. He wrote a song and sang it to me at our wedding named "The Call" telling me, "I'm so glad you made that call and now your life is here." Hey, me too!