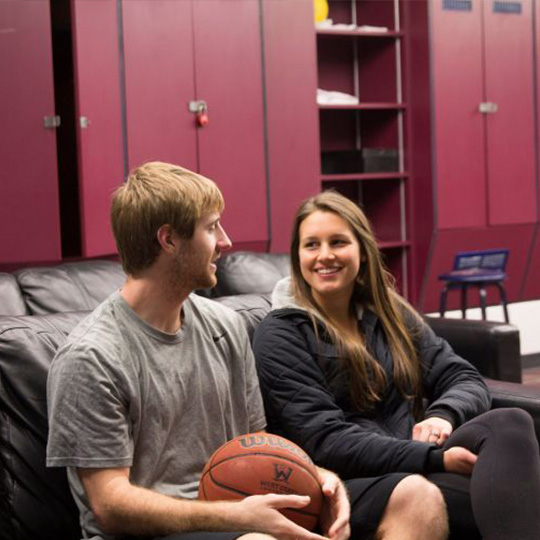 Chase transferred in on the men's basketball team his sophomore season, and I was on the women's indoor and beach volleyball team. We initially had a brief exchange in the athletic training room, where we were both getting ice for injuries, but were later introduced by one of my volleyball teammates in Gersten Pavilion. We became good friends. It wasn't until a few months later, where I realized I wanted to spend any free minute I had hanging out with Chase! It was obvious to my friends and family, but we eventually started dating.

One night during our senior year, after our volleyball team had a good win at home and the basketball team had a good win at USD, my little sister and I went to hang out with Chase, and his mom when they got back from San Diego. My sister and his mom went to run a "quick errand" so Chase and I went on a walk on the beach. I looked ahead and saw this lifeguard tower lit up and was thinking, "there's something going on over there, let's check it out!" As we got closer I noticed rose pedals, candles, and my name written in the sand. I was in shock... Chase took me to the top of the lifeguard tower and proposed! We married in May of 2014, after graduation and before starting our grad programs at LMU!