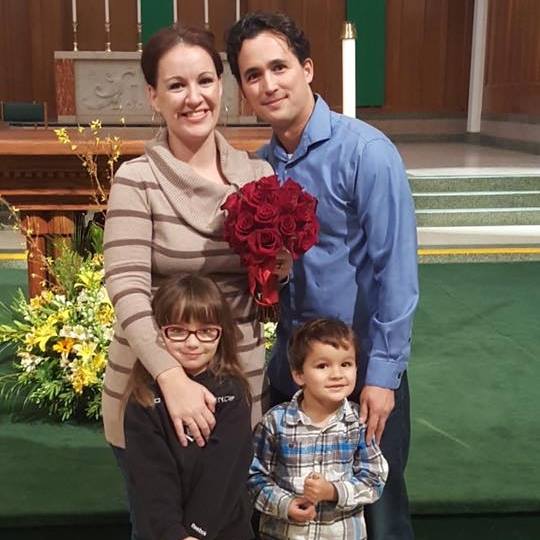 Tim and I met our Junior year in Constitutional Law II class in St. Robs. We were both Political Science Majors and shared several mutual friends. He did not say much, but I caught him looking at me a few times. This continued to happen for over a month. After class one day I finally walked back to where he and his friends were sitting and asked if he had a problem – that is when our friendship began. That summer we hung out a few times, but it never evolved into anything until around Halloween. I told him I wasn’t interested in having a boyfriend. He left flowers on my car. I still said no. He’d show up after my classes to walk me to my next one. My answer was still no. He was persistent and insisted “just one date.” Fine, one I thought. On the night of our first date he brought my protective roommate/friend flowers, my flowers were waiting in the car. It was very suave. At dinner he was a perfect gentleman and made me laugh hysterically. That was almost 18-years ago. We were married on a dark and stormy night in January 2007 by Father Robin at the Sacred Heart Chapel on campus. For our 10-year wedding Anniversary, a few years back, Tim surprised me (and our now 2 kids) with a vow renewal by Father Robin also at Sacred Heart Chapel. He is still suave.