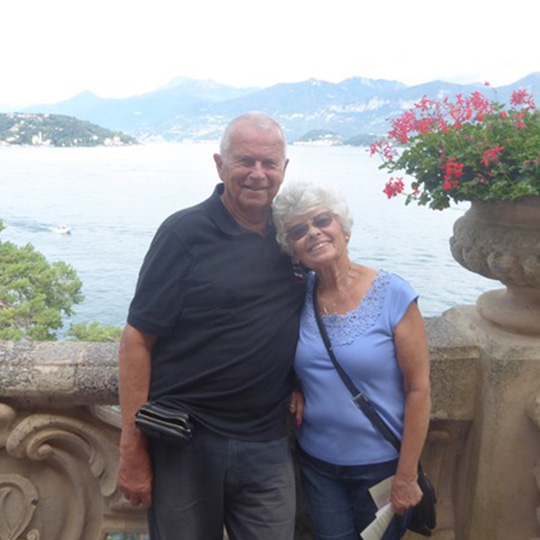 I am Dave Melvold. Maureen and I met in 1959 while attending a math class at Loyola University offered for high school students. We dated and received our “marriage degree” in 1964 while I was still in school completing my engineering degree at Loyola. We were blessed with two children — Cheryl and Dan — of which our daughter graduated from LMU with a bachelor’s degree (’86) and subsequent law degree (’89), which was followed with a granddaughter Courtney in 2017.

We have had 67 years of bliss thanks to LMU. We love to travel to see the world, having visited over 90 countries. We visited the last of the 50 states for our 50th anniversary. But it all started here in Westchester. The picture is from Lake Como, Italy.

Thanks again to LMU for my two “degrees”.