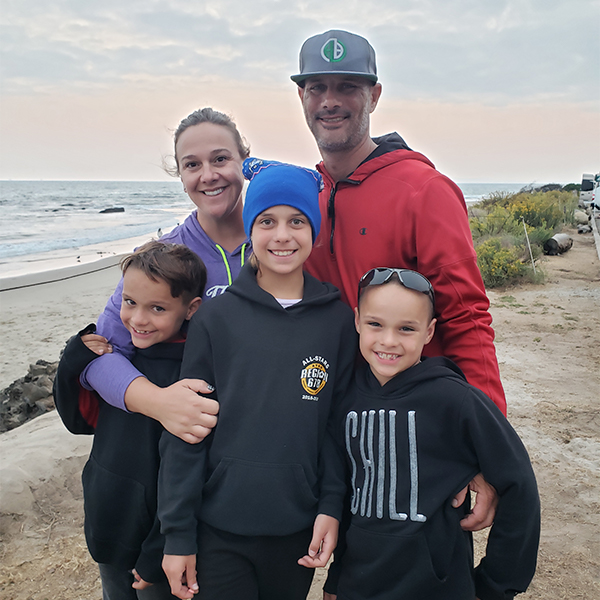 Adam and I met in 1998 on the First Year Retreat and very quickly became friends. In 1999-2000 Adam was an RA in McKay, where we both lived. He was the RA on the floor above mine, which meant I started spending a lot of time on the 3rd floor! That year we really became best friends. We were young and didn't want to admit it, but we can look back and say that's where we fell in love. We gave in and finally started dating our Junior year, 2000. We were married in the Sacred Heart Chapel on January 22, 2005. We just passed our 16 year wedding anniversary. We have 3 beautiful children, an 11-year-old girl and twin 9-year-old boys. We frequently look back on our years at LMU and are so thankful that our lives crossed paths.